Today, she is not only a qualified classical dancer but a rising star, making a name for herself on Mumbai’s theatre scene.

Her latest play, ‘Dhappa’, where she acts opposite renowned Bollywood actor, Puneet Issar, showcases her as a talented stage star.

Sharon’s father, Chandar Yenkanna, and mother, Chandramma Kumaran, gave her their blessings to take up a Government of India scholarship to study kathak dance in 2011.

Little did they know their daughter would one day grace theatre scenes in India’s commercial and entertainment capital. 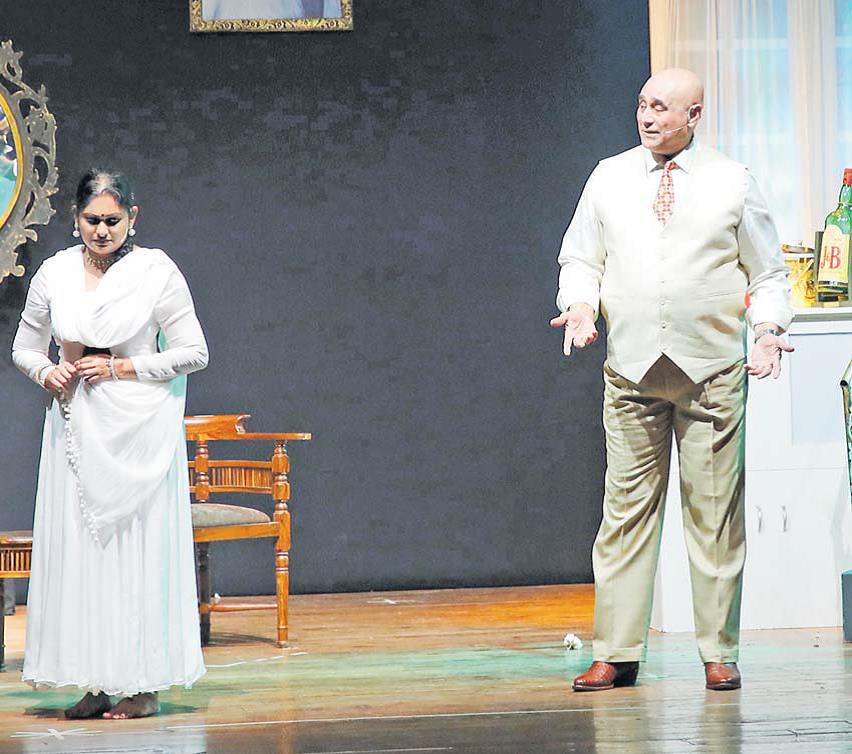 People from all over India travel to Mumbai to try their luck in the cutthroat world of acting.

Many fail and face disappointment.

Sharon’s growing success, therefore, has been nothing short of amazing.

“From the age of nine, my father encouraged me to take up kathak dance at the Suva Multi-Ethnic Cultural Centre,” Sharon said.

“It was an amazing experience to learn and perform kathak dance all over Fiji. I was then awarded an Indian Council for Cultural Relations scholarship for kathak dance. That began my artistic journey to India.”

For three years, Sharon watched as many dance forms as possible, from theatre to puppetry and dastaangoi, an Urdu oral storytelling art form.

She also heard as many folks and classical music as she could.

“It was like a carnival ride. I knew that I wanted to stick to this carnival forever. During my diploma days, I did as many theatre plays during weekends which wasn’t easy.

“I had to ensure that I learned and spoke Hindi very well. It was the demand of the script. I began to do as many plays as possible and after three years, I knew this was what I would like to do with my life.”

The 38-year-old first lived in New Delhi before later moving to Mumbai, where she started auditioning for films.

“It was crazy!” she reminisced.

I had to sidestep so many situations which involved casting couches.

“I can relate to so many actors who had experienced such issues. But no matter the hurdle, you also get a lot of support. You do find like-minded people in Mumbai who purely do work.”

Casting couches is a practice where film executives ask aspiring actors and actresses to perform sexual favours in exchange for a role in their production.

Sharon had her first break when she landed her role in the cineplay ‘Boichek,’ now available on Netflix.”

She considers Bollywood actor, Manoj Bajpayee as her mentor, alongside Amitabh Bachchan, and actresses Kalki Koechlin and Radhika Apte.

So far, her biggest role in theatre has been in ‘Dhappa’, where she played the female lead opposite Issar, most famous for his role as Duryodhana in the Indian television drama series, Mahabharat.

“Puneet is very sweet and friendly. I loved working with him. He is the most professional actor,” she said.

“Aum Theatre Mumbai’s Dhappa is my toughest play up until to date. It was physically demanding but I must applaud my director Akshay Mishra who had a lot of faith in my work.”

Dhappa is a musical play based on the 1950s and showcases vintage costumes, music and dance, sets with intricate light design and addresses the issues faced in the film industry in the 1950s.

“I had around five dance sequences in the play along with dialogues.”

Ms Chandra is single and works for the Deutsche Bank in Mumbai.

“My father was very enthusiastic in nurturing my dancing talent. He had pushed me a lot. Now that he isn’t with us, my brother has taken over that role and is constantly encouraging me to do better.”

Sharon said a performing artist’s life was a difficult one and as such, she needed all the love and support she could muster.

“There is no competition amongst artists as we all need each other’s support to fl ourish in this field. Our Fijian rugby players have already made our country proud. As artists, let’s collectively do our part in ensuring that our Fiji flag flies high.

“Now I have made a second home in India where I am very comfortable and happy. But Fiji will always be my first home.”