From the Editor-in-Chief’s desk: Your July 5 briefing

The big one on the front page of The Fiji Times’ edition for Tuesday, July 5 is on politics… there is also a story about drugs.

PEOPLE who own property where marijuana is cultivated will now be taken to task – even if they claim to have no knowledge of who planted it.

DOMO Vou Talei producer Phil Dakei is an artist, songwriter and performer in his own right.

NEW Zealand High Commissioner Charlotte Darlow says her country strongly supports the development of the next generation of Fijian leaders as she renewed New Zealand’s platinum partnership with Leadership Fiji.

HUNDREDS of Muslims, well-wishers and friends paid their last respects to the late Fiji Muslim League national president Hafizud Dean Khan who was laid to rest in Nadi yesterday.

OPPOSITION MP Salote Radrodro’s trial will go on a break until August 1.

ALLEGED murderer Tevita Qaqa Kapawale has withdrawn his instructions from Suva lawyer Nemani Tuifagalele and is no longer represented by Mr Tuifagalele. 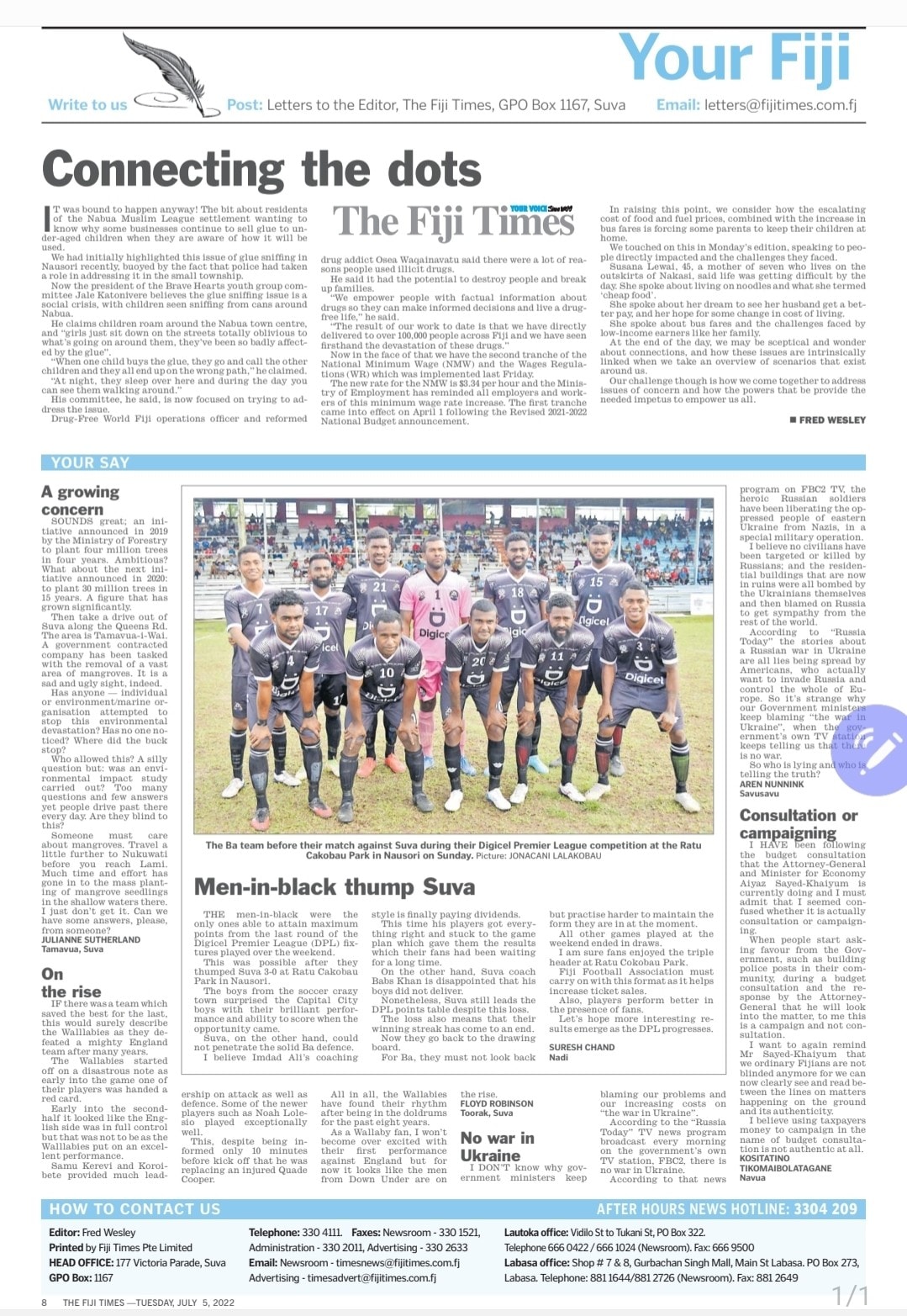 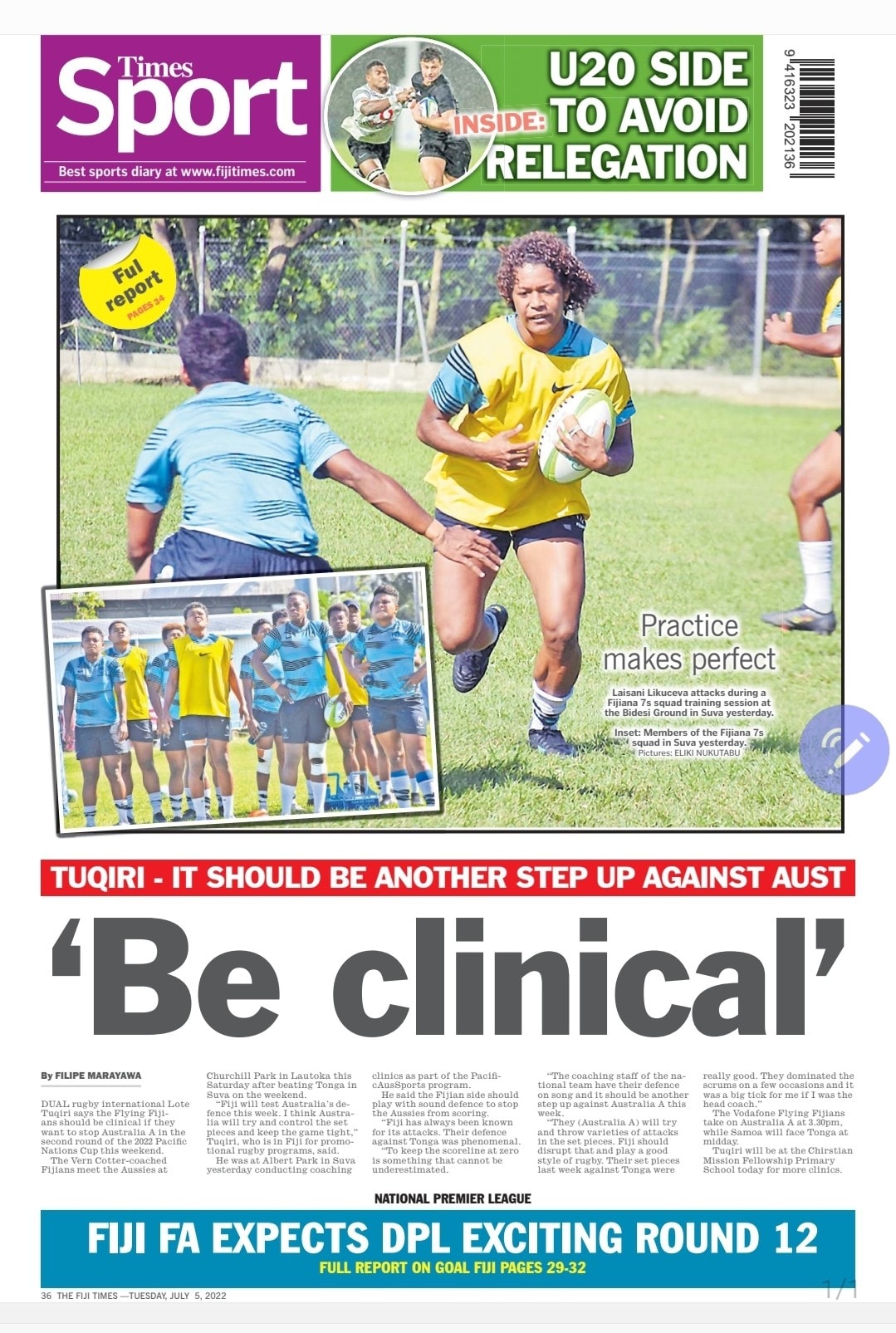 FIJI under-20 rugby rep Ropate Rinakama will not play in the math against Australia today in the 2022 Oceania Rugby U20 Championship in Australia after receiving a red card in Fiji’s game against New Zealand last Saturday. Fiji lost 74-5. Oceania Rugby reported that Rinakama attended a hearing before a Judicial Officer on Sunday in accordance with the rules of the tournament. 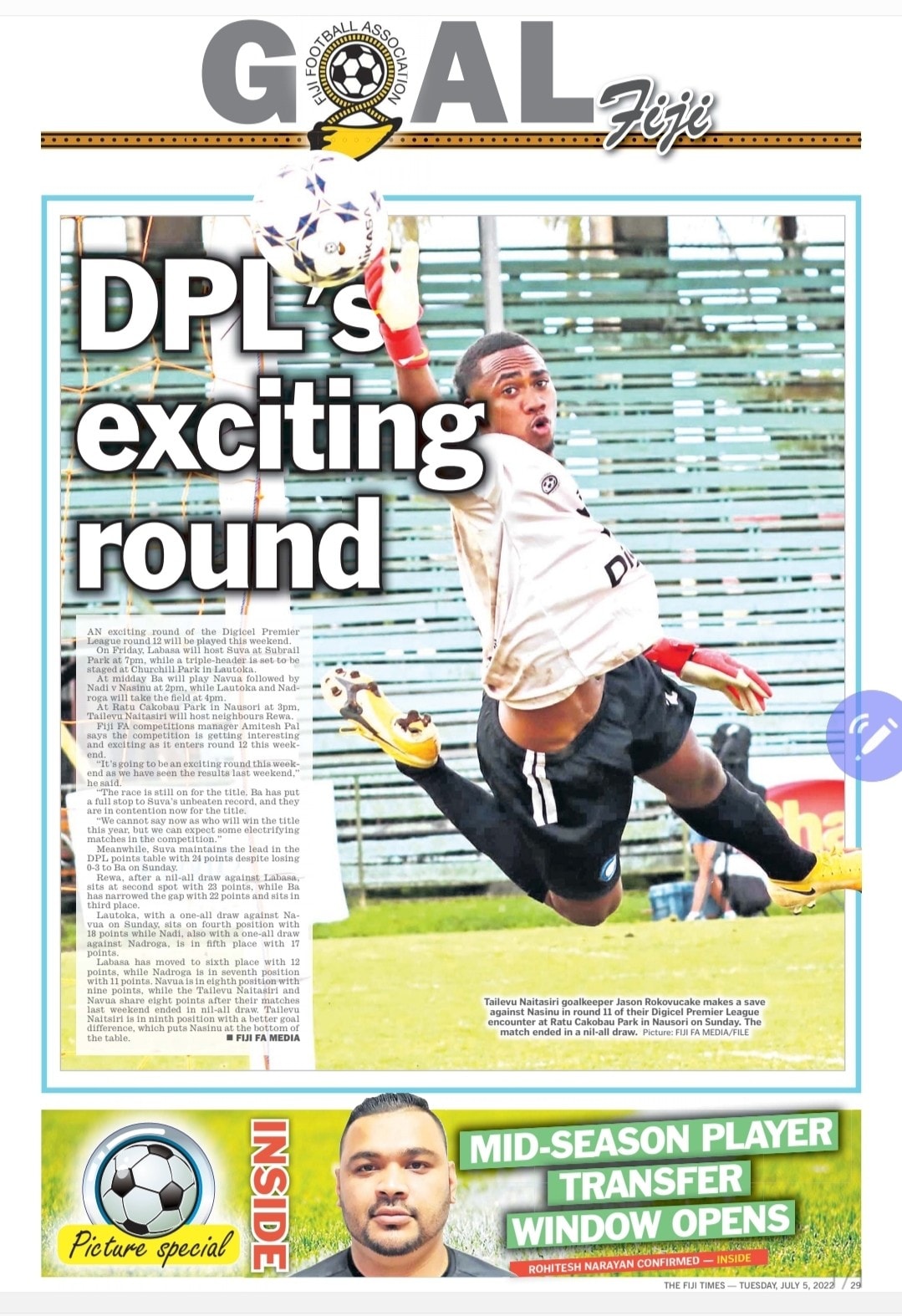 AN exciting round of the Digicel Premier League round 12 will be played this weekend. On Friday, Labasa will host Suva at Subrail Park at 7pm, while a triple-header is set to be staged at Churchill Park in Lautoka. At midday Ba will play Navua followed by Nadi v Nasinu at 2pm, while Lautoka and Nadroga will take the field at 4pm. At Ratu Cakobau Park in Nausori at 3pm, Tailevu Naitasiri will host neighbours Rewa.

There’s more to read inside but you’ll have to get a copy to know what we are talking about.

Why don’t you call our Circulation Department for our subscription rates. Call us on phone: 3304111 and talk to Setaita, Jervis or Shamal. You may be able to find a rate that suits your budget. Pick up the phone and talk to them!

Think about it! They could even organise the delivery of your newspaper fresh off the press every day, right to your doorstep.

No hassles, no worries!

Prefer to read the newspaper online? Then try out the e-edition! There are simple instructions to follow to get to the daily edition!