From the Editor-in Chief’s desk: Your May 23 briefing

Attention was on the national side’s foray at the France leg of the World Rugby 7s Series. How about that try-saving tackle by Napolioni Bolaca against the US?

Then there was the opening round of the Fiji Football Association Cup Tournament (Fiji FACT).

So a weekend of top sporting events all round.

The big one in The Fiji Times’ edition for Monday, May 23 is on politics though.

As parties slowly move into campaign mode, we should be seeing more of this over the weeks and months as we look ahead to the looming election.

It is just the nature of an election year… and we reflect on the events in Australia as well following their election.

On the homefront, three political parties have strongly hit out at the Government for taking national debt to what they feel is unanticipated levels.

The National Federation Party, Fiji Labour Party and Unity Fiji Party’s criticisms came in the wake of comments by Ministry of Economy permanent secretary Shiri Gounder that Government was borrowing $900 million at very low interest rates during the COVID-19 crisis.

Read their story in The Fiji Times.

Here are some headlines that made The Fiji Times for Monday. 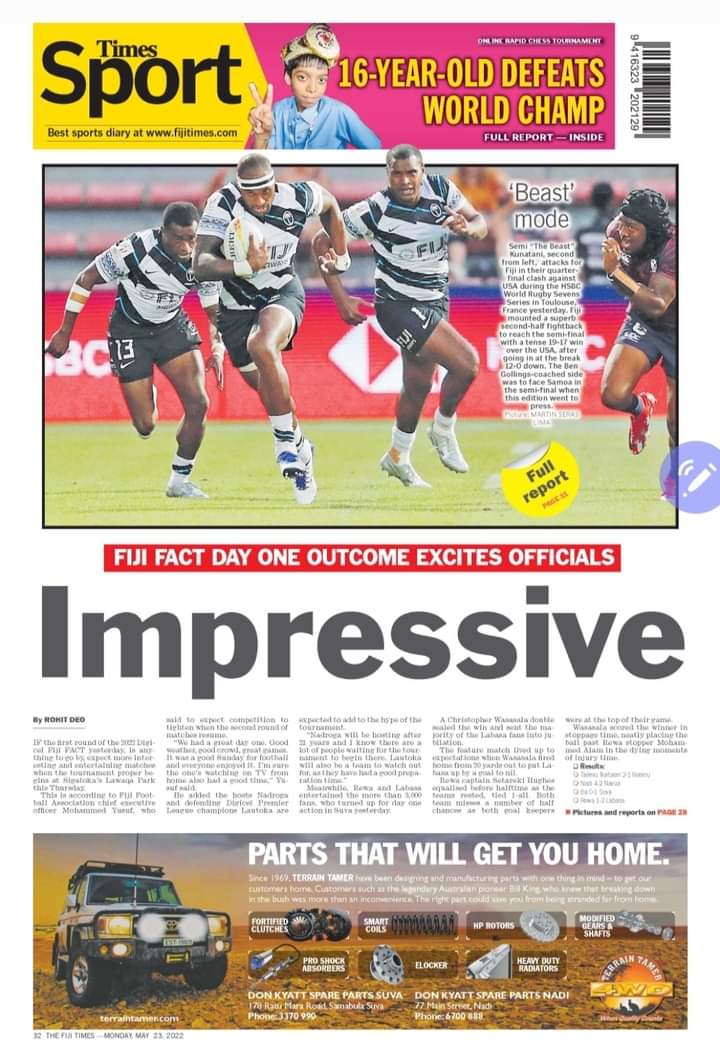 There’s more to read inside but you’ll have to get a copy to know what we are talking about.

You can call our Circulation Department for our subscription rates. Call us on phone: 3304111 and talk to Setaita, Jervis or Shamal.

Think about it! They could organise the delivery of your newspaper fresh off the press every day, right to your doorstep.

No hassles, no worries!

Prefer to read the newspaper online? Then try out the e-edition! There are simple instructions to follow to get to the daily edition!